Thank you for coming to Clifton Hospital Complex to look at our hard water treatment requirements.

Each time elements were changed in the washing machines the cost was approximately $1000 for the parts only.

The washing drum inside the machines used to be white with calcium and the glass doors would also be caked in calcium residue. Once the unit was installed we were able to remove calcium with a descale solution and the build-up has not returned in over 4 years.

This site uses Akismet to reduce spam. Learn how your comment data is processed. 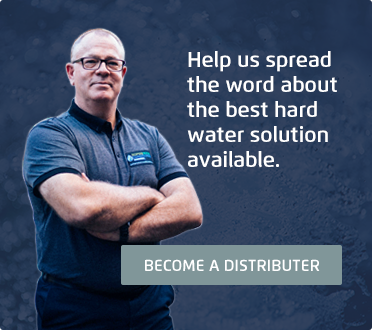 WHERE CAN I GET ONE?

Please fill up the form below.

Easy to fit and is small and robust

ROY TALLON DEVELOPMENT MINE CAPTAIN, BOLIDEN TARA MINES, NAVAN, MEATH, IRELAND In 2006 we changed our development face jumbo technology from Sandvik- Tamrock to Atlas Copco. We still use a Tamrock AXERA 7 in a different part of the mine, but most of the development drifting is now done with Atlas Copco rocket boomers M2C… Read more “Easy to fit and is small and robust”

Lasting up to 7 days!

Hi Earl I did realize how easy the scale remove. I was working outside town this week and last night shower was amazing (in my own shower). This SofterWater Conditioner is really amazing! One small believer

Thanks for providing us with the SofterWater Conditioner units

Hi Earl Well I am surprised. Quite frankly I had grave doubts — but here is what I have observed since installing your SofterWater Conditioner. As you know we are in rural Thailand. Our well water delivered significant “lime deposits” which despite extensive “water softening” equipment would quickly block shower heads (one or two months)… Read more “This amazes me!”

The SofterWater Conditioner has definitely made a difference

I searched on the internet and came across SofterWater Conditioners

I live in rural Queensland in a little town called Derrymore. My household water supply is from a bore, and unfortunately its “Spa water”. Our “Spa water” is high in calcium and iron amongst other things but it is these two elements that cause me the most grief. The calcium builds up on every surface… Read more “I searched on the internet and came across SofterWater Conditioners”

Looking for the Best Shower Head Hard Water Filter?
These are just a few testimonials our happy clients have sent us.

Success on the boomers in Tara mine

No hesitation in recommending SofterWater Conditioner

Well he gave me the best gift ever!

Hi Earl I am Cobus van Niekerk 48 years of age and I am staying about 4 km outside Outjo in Namibia. In short the town with almost the hardest water that I’ve known in my life. One day I met a man and I was very skeptical about this product that looked just like… Read more “Well he gave me the best gift ever!”

I have already noticed a difference

I must say that we can feel difference to the water

“…I have been installing the SofterWater Conditioner at my house it have been working in about two weeks now, and I must say that we can feel difference to the water. In this moment we have seen that the dishwasher should have lesser rinse aid, the glasses are perfect.”

I purchased my SofterWater Conditioner model 2034 15 years ago (1997) when I was living in Esperance W.A. Esperance water is the hardest water I have ever come across in that it was impossible to get a lather in the shower and the calcium build-up reduced the volume of water. After talking to engineers at… Read more “T2034 (T34) SofterWater Conditioner for my house.”

Thanks to Earl and the team

Subject: SofterWater Conditioner Model T34 Testimonial We have had major issues with mineral water fouling up heat exchangers. The exchanger maintenance was outsourced and disassembled and pressure cleaned on a weekly basis at a cost of $300 per visit. Since installing the SofterWater Conditioner unit the maintenance has been extended to 6-8 weeks. The savings… Read more “Thanks to Earl and the team”

Proven success with the units

Subject: SofterWater Conditioner T122SS Positive Results Hi Mike I’m putting together a kit for a jumbo and would like to know what the diameter is of the center section of the T122SS SofterWater Conditioner? This is so I can buy the correct clamps? We have proven success with the units, a new rig onsite has… Read more “Proven success with the units”

Dear Earl Sorry it has taken me so long to get back to you. Thought I would give you a run down on what our experience of the blue water syndrome and the SofterWater Conditioner has been. We built the first part of our house and installed our bore at Dulguigan near Murwillumbah in April… Read more “I have no doubt that the SofterWater Conditioner”

We all believe it has made a difference!

Hello Earl Hope this finds you well. The SofterWater Conditioner has been installed for over a month now. Just thought I’d let you know a few thoughts: ~ We didn’t notice any difference for over a week ~ Then, we did notice our hair becoming softer and I have used less washing powder/liquid/soap/shampoo etc. In… Read more “We all believe it has made a difference!”

SofterWater Conditioner does the job

Dear Earl RE: T34 WATER CONDITIONER
The Club has very hard water with large amounts of Calcium in the water; we put into the system the SofterWater Conditioner T34 to see if it would help us with our Scotsman Ice Machine. The Ice Tray was clogging up with Calcium and not allowing the ice… Read more “SofterWater Conditioner does the job”

Hi Earl I firstly wish to apologise for the time it’s taken me to let you know how we have found the Showersoft SofterWater Conditioner. It’s been a busy time with the Christmas holidays, school starting back and a bathroom renovation thrown in! We received the Showersoft towards the end of December 2012 and installed… Read more “Lindsey & I are both glad that we have installed the SofterWater Conditioner”

Satisfied with your product

Dear Earl Mathieson: Just a short letter to let you know how satisfied I am with you product. Having installed the SofterWater Conditioner on our swimming pool almost 12 months ago now I have monitored it’s performance over all the weather conditions we have experienced. This is truly a marvellous time and money saving device.… Read more “Satisfied with your product”

Impressed with the improvements

To; Sales Manager Company; SofterWater Conditioners From; Graeme Keeler Southland New Zealand Hi, The history of my knowledge of the SofterWater Conditioners are, while employed by Barminco Pty. Ltd in WA from early 97 to Nov 03, I installed the Model 50220 (2”) unit into the water supply line to the camp at Kookynie Resources… Read more “Impressed with the improvements”

It still works as efficiently as the day it was fitted

How Do You Know If You Have Hard Water?

Download this 9 point checklist to diagnose if you are affected.